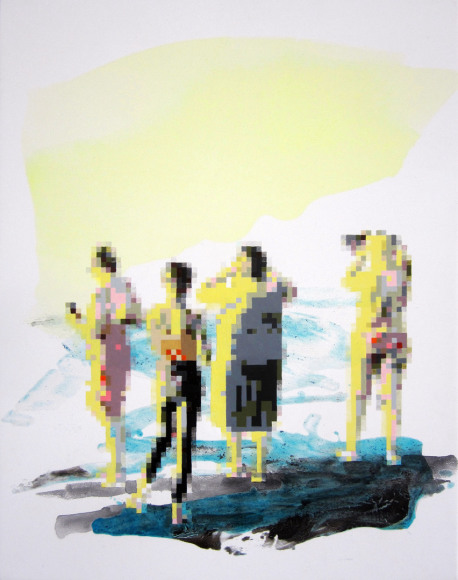 with the sculpture "passe à travers" and the painting "gouverneurs" 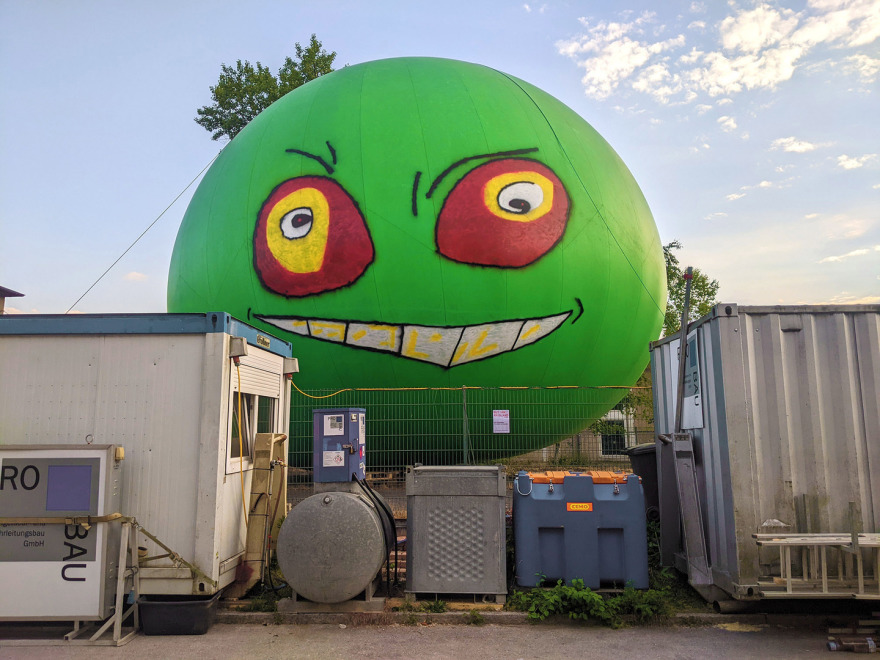 Using the example of archaic societies, the ethnologist Marcel Mauss showed that the complex process of giving and taking was the foundation of something like social life and society. Accepting a gift creates a relationship, a bond.

With the emergence of the capitalist economic system, according to Mauss, the original cohesion of societies disappeared, since only profit orientation and profit became the goal of trade. The gift was replaced by goods, man became homo oeconomicus. In the famous Essai sur le Don of 1924, Mauss projected a society built on generosity and mutual solidarity.

With reference to Mauss, the group of convivialists was formed in 2014, an association of around 40 French-speaking scientists and intellectuals. In view of the current global crises such as the climate catastrophe, species extinction, finite resources, growing social inequalities, increasing wars and an ever more unleashed capital market, they have published a manifesto that speaks of conversion and a positive vision of living together: the convivialist manifesto.

In her eyes, the root of the current crisis lies in the structural excessiveness of modernist productivism:

“There is as yet no clear relationship between wealth, materially and financially speaking, on the one hand, and happiness and well-being on the other. Ecologically, the condition of the planet makes it necessary to strive for all forms of non-growth wealth. (...) Humans can no longer regard themselves as owners and lords of nature. Far from opposing her, they are part of her and they must, metaphorically at least, find their way back into a gift-giving relationship with her.”

They call for a fight against excess, i.e. against extreme poverty and extreme wealth, a post-growth economy and maximum pluralism and recognition between people. From August till end of September 2021 GÆG and friends installed a large clock near Fuorcla digl Leget, into a remote, romantic natural gateway not far from the Julier Pass. Individuals who approach the clock experienced something that would normally be impossible: they witnessed the deceleration and standstill of time.

The bizarre natural architecture of this perforated rock formation created by natural erosion is unto itself an unusual phenomenon, and now a giant clock hung in the frame of this gateway at the top of the world. As one approached, the hands of this clock noticeably slowed down, and when one reached the formation, the second hand stops moving completely. When one then moved away from the structure and the second hand began to move again, then, at the very latest, one clearly understood one’s personal ability to influence the motions of the clock (or perhaps the movement of time itself).